We visited Puerto Rico in 2008 on a weeks vacation around Christmas.  It’s a beautiful island with some very interesting history and geography.  One of our first sojourns was to the tropical forest and mountain on the eastern side of the island.   El Yunque National Rainforest is the only tropical rain forest in the United States national forest system.  Indigenous people believed that El Yunque was the throne of their chief god Yucahu, so that it is the Caribbean equivalent to Mount Olympus.  Myth has it that the mountains in the national park divert hurricanes from hitting Puerto Rico directly.  Obviously that myth took a severe beating after Hurricane Marie.  In any case, we found a guide to take us for a walk around part of the park.  As I recall, our guide said if you drink from this stream, you will live a long life.  I’ve been getting grey so another myth busted.

The streams, waterfalls and fauna are something to see. 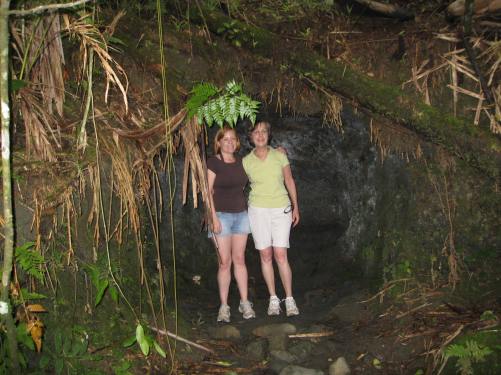 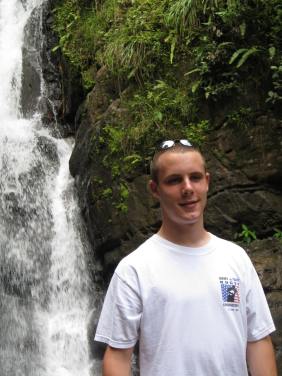 It’s quite a hike but it’s worth the view, even on a cloudy day to see the Yokahu observation tower.   The wind was pretty strong up there and I felt like I was getting blown away. 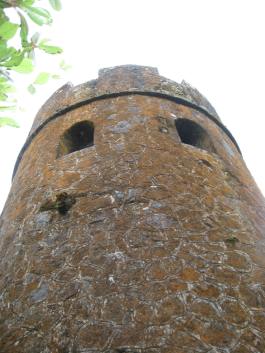 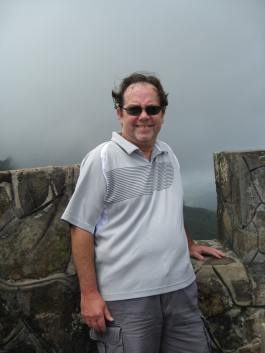 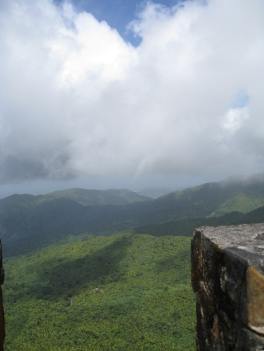 The beaches are pretty nice and the natives are friendly so go have a good time. 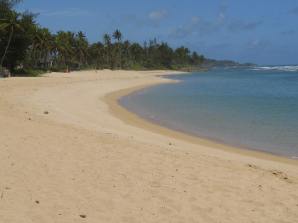 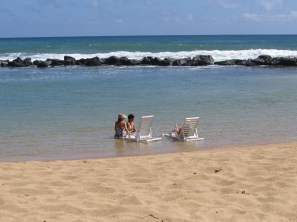 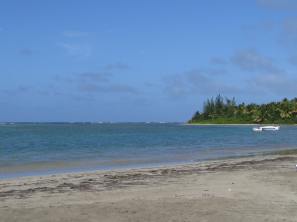 The old fort at San Juan is something to see.  Definitely worth a visit.  It also has a great view of San Juan.  The tower in the first two pictures is Plaza del Quinto Centenario sculpture by Puerto Rico’s Jaime Suarez.  It took me awhile to find out exactly what it was.  Plaza del Quinto Centenario is located at the highest point of Old San Juan, by the entrance to El Morro fortress.  In the middle of the upper level stands Totem Telurico, a 40 feet tall totem pole.  The totem pole is made of clay from across the Americas, Totem Telurico, is meant to signify the origins of the people of the Americas. 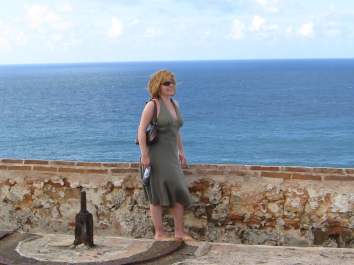 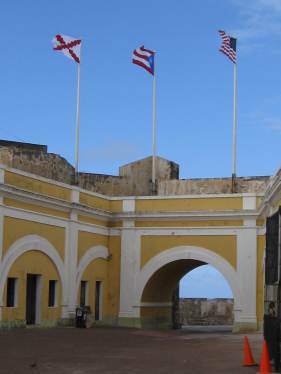 San Juan, itself, looked pretty nice but I didn’t have a chance to spend a lot of time roaming the streets like I often do in cities.  One thing I’d highly recommend is finding a night time bioluminescent bay tour, absolutely worth it.

It seems we can’t find what you’re looking for. Perhaps searching can help.